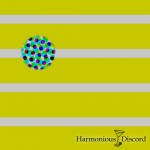 Almost a year ago we made contact with an artist we felt would be pioneering an edgy, forward-thinking sound. Patchen Preston is an unsung veteran of early Dallas house and down-tempo, who in 2007 switched his attention to putting his patented electronic swing to use in a string of releases for our label.

Now a mainstay and label favorite, Patchen has a grab bag of sonic workouts in store for 2008! His first project with us was received globally with warm regards, and we felt it fitting to give these unforgettable title tracks a rework by two of Dallas’s premier house music purveyors.

JV is an artist with a versatile hand at creating tunes that fit all energy levels and atmospheres. From his early work with Chris Fortier’s Fade Records to newer projects on Dorigen, Cove, and Sensei it is very clear that his sound is a testament to the future evolution of house.

John Walker is a producer that in late 2004 exploded onto the scene with releases that had shades of early house nostalgia, with hints of new spacey minimalism! Whatever the project, John is sure to bring an abstract, funk-inspired rendition that holds weight on and off the dance-floor. In addition, we included two of Patchen’s reworks from the vault that are guaranteed floor-fillers!

After discovering electronic music while listening to late night radio at the pivotal age of 13, Patchen realized that creating new ways to translate the world around him into music would become his life’s work. Early success as a member of the experimental improv group MFH led to studio sessions with Warner Brothers recording artist, MC900 Ft Jesus. He then went on to design sound and compose music for a number of independent films, as well as releasing his own music through various imprints including OM Records. Patchen is also actively a professional sound designer, bringing his signature sound to music software tools from companies like Fxpansion and Ilio.

Hailing from Texas, JV represents a new breed of dance music producer and DJ – one that blurs genre lines by intelligently fusing together elements of house and techno to simultaneously move dance floors and provoke the imagination. With just under twenty record releases under his belt, JV’s “deep-yet-dancefloor” sound has been turning heads and catching the attention of those in the know, such as Hernan Cattaneo who selected JV’s “Grand Theft Vinyl” track for inclusion on his highly acclaimed Renaissance Masters CD compilation.

Over the last decade the disc jockey john walker aka “turn@round” has definitely enjoyed his existence in the underground world of dance music. In 2004 Mr. Walker released his first EP on Fair Park Records. The record was a hit around the globe, receiving positive press, such as XLR8R referring to his work as a “hot spot” in north america for minimalism. 2005 followed up with a bang as his second release with MVM Records caused a bit of a buzz at WMC. 2006 proved to be promising as his original work and remixes were licensed for WGN’s “Racecar Driver” TV/DVD production as well as the completion of his first music video for “dubwash”.

Hernan Cattaneo- “Very good stuff, quality house music all the way. JV mix is the one for me! Thanks a lot!”

Spin Science- “All mixes sound tight, although I prefer the JV remix the most. Has that my-kinda-house feeling to it 🙂 Will def support!”

Neil Quiggley- “Like the JV remix best, definitely the JV sound…especially the nice rising pad in the break – good stuff, I’ll have this in the wallet for early doors sets.”

Darren Epsilon- “Digging the Patchen Swingset Mix the most. The Jv Full Circle Remix comes in a close second. All 3 mixes are completely unique and different, making this a package worth checking out.”