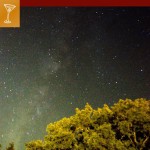 Last fall, we put together a collection of songs for our yearly sampler showcasing many of the artists you can expect to see on the imprint in the coming year. One of the singles resonated greatly with our fans and we are excited to showcase it here along with some fresh new remixes taking this deep vocal-driven masterpiece to new heights. Adam Pickrell has been a largely silent orchestrator of modern house music since the early 90’s. Known for his acumen on the ivories, Adam first appeared on record shelves with his keys work on the classic Clockwork remix of Home and Garden featuring Collette’s “Find Your Love”. This ushered in an era of releases of top contenders in house music realm with collaborations with artists like Demarkus Lewis, Halo, Brett Johnson, and JT Donaldson all featuring Adam as a contributor the more complex music pieces. After many years as a collaborator Adam founded the musical group White Lotus Society which had many break-through releases including a smash hit called “Space Cadillac”. In 2014, Adam finds himself deep in studio projects that showcase his masterful understanding of melodic construction. Reach Suite is a prayer set to a soundtrack taking the listener into a bed of comfortable resolve.

The remixes shine light on some of the more subversive aspects of the piece with a manage of stunning arrangements that cover the spectrum. Dave Pezzner released on Harmonious Discord in 2003 when his then newly formed music collaboration with artist Bob Hansen called “Jacob London” first started to achieve the widespread recognition that would follow in the coming years. Since then, Pezzner has developed a sound that is unmistakable, and often ever evolving. With recent releases on Crosstown Rebels and his ridiculously amazing EP on Systematic he is not showing any signs of slowing down. Pezzner returns to the labels over 11 years later with a deep juke-inspired classic house rework. The ever-present audio manipulation in Pezzner’s remix produces a stuttered dance-party that lifts the listener into an ecstatic state of floatation. Subversive techno-file Henry Chow steps up to take over late night responsibilities turning the greatly melodic original into a late night growling monster. 909 Style drums and rising pads quickly escalate the ominious nature of this late-night ride. Resident slow-burner John Walker rounds out the EP with a slow build into some of the main aspects of the original giving the musician an upbeat take on some of the best elements.