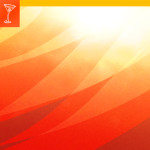 Arguably ten years in the making, we are extremely proud to showcase Herbert Berkley aka Smight’s return to the electronic music landscape with a collection of songs that defy genre boundaries while refreshing the notion of a really amazing progressively structured album.  Herb was a founding member of the label and we have worked for years to find the best fit for his unique sound.  We could not have dreamed of a better collection of music than is showcased in his album “Two Equals One”.

Smight first appeared on record shelves in early 2002 with a heavy string of focal projects released on some of the most revered progressive house music labels.  His music was featured on Fade Records, Confi-dance, Acute, Kaya, Nascent, Pacific Front, Music is Freedom, and Pangea.  The heat of his sound increased with charismatic flare and prompted the creation of his label “Cure” recordings.  After an extended hiatus Herb has exploded once again onto the scene with a never-ending stream of amazing musical pieces.  We featured two previews of what you can expect from the album on our recent Discordian Dreaming samplers and every time received joyous acclaim for the Smight additions.  So in keeping with that momentum we give you an amazing ride of selections covering tech house, down-tempo, progressive, and trance all with the overarching theme woven with melodies and deep/thought provoking synthesis.  We had Dallas, TX native and man of mystery Twinshape supply remix duties for the title track where he added his signature big reverb dream-state sound to the already hypnotic original.  Expect for this just to be the tip of the iceberg as we look to a future peppered with Smight contributions.