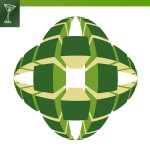 Like a finely mixed cocktail, it is often hard to blend just the right amount of natural flavors with the proper amount of synthetic punch.  For a mixture of all types of textures natural and ethereal, we look no further than bay area producer and long standing label member Chakaharta (J.D. Northrup).

The Chakaharta project first appeared on deep house imprint Fair Park recordings in 2002 and quickly gained an underground following especially in the UK house scene where the warm tech house sound was being brought to the forefront of the club culture.  Shortly after that we featured an amazing tripped out tech journey from J.D. on our fourth Harmonious Discord release “Cactus Girl”.  The tripped out tones and meditative vocals quickly gained mindshare with connoisseurs of all things deep and remixes by Rithma and Kilowatts made this selection a hot item for forward thinking jockeys.

Always hungry for more, we pushed J.D. for a collection of musical pieces that could fully showcase his sound and in 2008 we received “The Plant”; a collection of house, tech house, minimal, and downtempo all with the patented mixture of mind bending synth interplay and obscure hand drumming and chanting.

To prove the Chakaharta project is no “one trick pony” we are ecstatic to announce our 22nd release featuring our west coast connection with a triage of killer selections.

“Wake-Up Tech” features three originals from our tribal maestro that take his energy to a whole new stratosphere.  Alembé begins our journey with a deep motion filled pad sweeping the listener away into nothingness, as space and time fills in the gaps.  As tension mounts, so do a creeping array of sub bass and tom tones.  After the first break we dive into the deep end with tons of drum trills and chanting vocals sure to guide the dance floor participant into a trance.  The big break washes over the sound spectrum with a dip into water filled, creature infested waters of bliss.

Superbroken follows with a punch of funk that erupts into a bass heavy superjam.  After trudging through fields of molasses and bass honey in the mid section we come to an intersection chock full of chopped up vocals, various conga rhythms and arpeggio cascades.

Up next is a techy rework of this funk filled concoction by label owner and rising tech house staple PointBender.  PointBender takes this tune to another level with some deep Chicago style organ and bass while keeping the chanty repetitive drum driven direction of the original.  Sprinkle in some radio noise and swirling chants and drum solo’s and you have a tune with heavy dance-floor presence, perfect for taking a deep set and turning up the energy.

The next revisit of Superbroken comes to us from Gift Culture, a psy-ambient project based out of Texas.  The group gives the very funky original a proper techy presence with lots of shuffled drum skips and synth conversations.  Look for more collaborations from this emerging Texas artist in the near future with plenty of emphasis on all things strange.

Jazzstab wraps up the project with some homage to early house productions.  This glitched out swing dance is laden with random reverb tails and plenty of heavy drum action.  A excellent choice for peak hour performance Jazz Stab delivers hard hitting funk with tons of obscurity.

As a DJ growing up in the house-heavy 90s underground scene in Dallas, Texas, J.D. learned the importance of long mixes and hypnotically funky grooves.

Past projects have included working with downtemo improv collective “Nuco” on a series of evening-long jam concerts in 2001-2004, traditional West African Djembe as part of the Malian drum ensemble “Fato”, techno tracks with Harmonious Discord label head Sean Anderson as part of “The Immaculate Bachelors”, and various ambient dub tracks as part of “Paging Ms. Toit”.

In 2000, Sean began producing tracks with Eric Reeves under the “Grey” moniker. In 2002, Grey released their first project on the highly acclaimed label “Guidance. In the following years Grey would become a back pocket name for Dj’s in the know and the team would produce multiple vinyl imprints. The very same year Grey would perform their first live production performance opening for John Tejada in Dallas, TX.

Grey continued to release tracks between 2003 and 2006 on Blunted Funk, Deepness, Boogie Basics, and their own label, Harmonious Discord. A move to Austin prompted Sean to start producing under Pointbender as an outlet for simple/fun techno music focused on analog devices and strange dissonance. The PointBender project allowed Sean to produce lots of heady/short tunes to be layered and jammed in his live performances. After time many of the selections gained a life of their own during the live shows and were later released on labels like Musical Missionary, Make it, and of course Harmonious Discord. After the release of PointBender’s “Left Brain EP” on Musical Missionary it was clear that Sean had found a musical niche to call home with his unique blend of deep textures and spacey techno edginess.

In October 2009 Sean released his first 6 track solo album on Harmonious Discord called “Sifting Through Circuits”. The release has been buzzing record crates and online shopping carts ever since and is a testament to his wide range of soundscapes.

Sean Anderson’s live performances are in high demand and have been performed around the world to cities including Toronto, Helsinki, Marseilles, London, Berlin, LA, San Francisco, New York, St. Louis, Indianapolis, Miami, Detroit, Chicago, and all over Texas. Although considered “tech house” by most, Pointbender’s Live PA performances incorporate a wide range of electronica genres and styles–from techno to house to minimal.

Gift Culture resonates a titillating mixture of worldly and astral sounds. The Gift Culture project is based on sounds, imagery, and art derived from DSP technology, analogue synthesis, and computer-based non-linear editing. Gift Culture attempts to share his explorations in this multi-dimensional space; to evoke sonic textures from samplers and synthesizers; a journey to discover their “voices”, so to speak, using such techniques as granular synthesis, spectral resynthesis, FFT/IFFT based spectral morphing and interpolation, and whatever other exotic algorithms he can coax out of his myriad machines. Gift Culture is signed as an artist and released his album entitled “Terraforming” with Psymbolic–sounds.

Noah Pred – “thanks for sending!  pointbender mix works best for me but the gift culture mix has a nice groove too” [Thoughtless Music]

Justin Harris – “Jazz Stab is very much my bag – excellent, thanks…” [Music For Freaks / Classic / Paranoid]

Pick it up on Beatport.com: http://beatport.com/s/r1bmRt