It is our pleasure to announce we are ending the year with our acclaimed series of samplers aimed at exposing newer artists that represent a new breed of innovative producers.  Discordian Dreaming has historically been a deep trippy collaboration of tracks that dissociate the listener and leads them down dark hallways into obscurity.  Discordian Dreaming 3 just may be the best hallway venture to date with selections from Patchen Preston (Om), John Walker (Fair Park), Elevotion (Deepness), AllenMD, and new to the label Veganaut.  The Discordian Dreaming Samplers are perfect fodder for deeper areas of the dance-floor and a sonic treat when listeners enjoying the full scope of sonic depth.

This year’s sampler starts off with a deep West-Coast inspired offering from Patchen Preston and vocalist Super-Agent Dangerass. Tribal drums and deep chords set the relaxed tone while an acid bass line pierces through the layers to get hips shaking. Dangerasses’ tongue and cheek vocals turn the night naughty with lots of sinful suggestion and luscious word-play. Next in rotation is Texas native John Walker who is well known for his subversive brand of funk. P.M.D is a deep dive into pad conversations and outer world percussion that feels like a rush of cold air inside your cranium freezing your senses and relaxing your body. The last Discordian Dreaming series featured a break-through artist and introduced us to his creepy brand of techno. AllenMD returns to this sampler with an army of drones and percussion from faraway lands. Parsley is a swirling hurricane of harmonic remnants and pulsating bass that is a great tool for late night dance-floors. Following in Allen’s theme of hypnosis comes Nick Dolan aka Vegenauts synthesizer symphony. Random computer bleeps and effects trills make it clear that this robot is no following instructions. Vegenauts unique brand techno will be soon be an in-demand addition to forward thinking DJ’s. Last but never least, is label friend and Deepness Records founder Brent Thomas aka Elevotion. Elevotion first brought is a minimal classic on our last sampler properly called “Discordian Accordian”. Brent returns to this sampler with another minimal masterpiece complete with robot chants and lots of melting synthesis.

After discovering electronic music while listening to late night radio at the pivotal age of 13, Patchen realized that creating new ways to translate the world around him into music would become his life’s work. Early success as a member of the experimental improv group MFH led to studio sessions with Warner Brothers recording artist, MC900 Ft Jesus. He then went on to design sound and compose music for a number of independent films, as well as releasing his own music through various imprints including OM records.  Patchen is also actively a professional sound designer, bringing his signature sound to music software tools from companies like Fxpansion and Ilio.

Over the last decade the disc jockey john walker aka “turn@round” has definitely enjoyed his existence in the underground world of dance music. In 2004 Mr. Walker released his first EP on Fair Park Records. The record was a hit around the globe, receiving positive press, such as XLR8R referring to his work as a “hot spot” in north america for minimalism. 2005 followed up with a bang as his second release with MVM Records caused a bit of a buzz at WMC. 2006 proved to be promising as his original work and remixes were licensed for WGN’s “Racecar Driver” TV/DVD production as well as the completion of his first music video for “dubwash”. 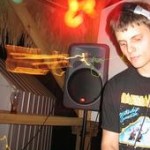 Brent Thomas aka Elevotion began listening to edm in the late 90’s after being exposed to it by one of his high school friends. His initial exposure was through Hazy Daze, Jumble Tribe, Zedan, & 32 degree parties in the Dallas area. Shortly there after he developed a deep love for the many styles associated with the edm world and decided to start djing. His parents bought him a pair of plastic Gemini turntables & a bluedog Numark mixer for Christmas in 1997. He bought his first record Plastikman – Splastik from Bill’s records and tapes and started djing in 1998. In 2004 he started the Deepness Recordings label specializing in deep, bassy dance floor tracks and by 2006 his artist name Elevotion was born. A lot of people wonder what is up with the name. It was actually a name that he got from a dream and is basically the words elevation and devotion put together. You can find the Deepness Recordings catalog on Stompy.com as well as Elevotion’s new Harmonious Discord release on Beatport.com.

AllenMD (Allen McDonald) grew up an avid fan of a music ranging all styles, and it shows in his skillful selection of tracks that he incorporates into his crowd-pleasing sets today.  With over 8 years of experience behind the decks, AllenMD has crafted a very ominous yet funky sound that he delivers with every set that can range any style including house, minimal, techno, and everything in between.  With his constant passion to push the envelope he has gained the respect of his peers and fellow artists everywhere he is heard.  AllenMD has been booked regularly throughout the Texas circuit in top clubs across the state.  The past 2 years has seen him begin the next phase of his career as he began producing his own tracks with the same surgical precision he delivers in mixing his sets.  With several projects in the works, he just released Suh Press on the Discordian Dreaming 2 album through the Harmonious Discord label available on Beatport now. 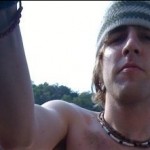 Taking piano lessons at an early age inspired in Vegenaut a love for keyboards and synthesizers which still persists. Collecting various different synths through high school and college, he fostered his musical skill and creativity by jamming with friends or playing in bands. At the age of 19 he began DJing, inspired by electronic dance events he attended around and in Houston, Austin, and Dallas. Less than a year ago he decided to take his love for synthesizers and electronic dance music both to the next logical step, and began to investigate production. His releases today are an early result of this ongoing experience, and they clearly reflect his love for quirky, hypnotic, and techy sounds suitable for dancing and headphone listening both.