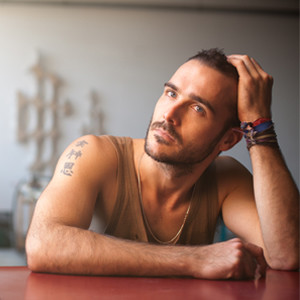 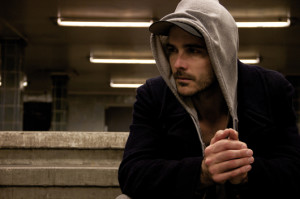 From tough-minded house and techno to cavernous, dub-inflected post-bass excursions, Deepchild has earned a reputation as a groundbreaking producer, respected DJ and electrifying live-performer. Based in Berlin, the Australian artist has performed at many of the world’s most respected electronic music institutions: Detroit’s Movement Festival, the Amsterdam Dance Event and EXIT Festival in Serbia, as well as at famed nightclubs the world over, including numerous appearances at Berlin’s legendary Berghain, Watergate and Tresor, amongst hundreds of others.

Highly acclaimed for his dynamic and deeply personal take on raw, defaced yet decidedly seductive techno, Deepchild’s passion for exploration of the form precedes him – reflected by an irrepressible fan base and steady critical praise. A demanding international tour schedule, his chart-topping 2012 album Neukölln Burning, and a string of successful 12-inches have solidified Deepchild’s reputation as a pioneering underground producer.

Playing alongside legends such as Richie Hawtin, Green Velvet, Jeff Mills, Seth Troxler, Machinedrum, and Dan Bell – along with remixing the work of renowned producers such as New Order, Booka Shade and Thomas Schumacher – Deepchild has continued to develop respect for his talent from peers and fans alike. His productions and remixes have been featured on labels such as Thoughtless, Trapez, Highgrade, Sleaze, Resopal, Caduceus, Get Physical, Freerange, Convex Industries and many more.

The launch of his new online radio podcast series, Diversions, plus a tour of the US in early 2014, hotly anticipated new releases and a string of shows during the upcoming European winter have made for a very busy and exciting time for Deepchild. When he’s not on the road touring, he’s relentlessly slaving away in his Berlin studio, twisting and turning the dials to create his signature futurist sounds. 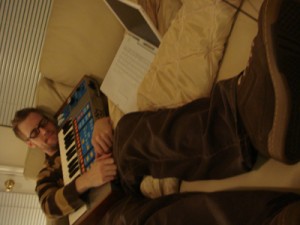 Along the outliers of unexplored cerebral boundaries resides the sonic offerings of Grey Music member and Harmonious Discord label front man Sean Anderson aka PointBender. A project focused on thought bending synthetic manipulations and heady melody construction, the PointBender moniker provided Sean an avenue to explore a highly creative fusion of song creation and live performance. After many successful live performances the pieces began to gain a momentum of their own and were later released as projects on labels like Thoughtless, Blaq, Pantamuzik, 530Techno, and Harmonious Discord.

Before the PointBender project began Sean was half of a production duo with a notable ten year catalog of releases. Grey (later re-named Grey Music Project) first appeared on record shelves in 2001 with their debut release on Chicago based music staple Guidance. The quick submersion of the two into the EDM spotlight paved the path for a discography of back-pocket selections on labels like Fair Park, Blunted Funk, Nightshade, and many on their own imprint.

A move to Austin Texas meant the two would produce less music together and more via their solo avenues. Shortly after the PointBender project premiered it showcased a noticeable abstraction from the earlier Grey material. The solo endeavor was messier at times, stranger a majority of the time, and indisputably compelling all the time. This crayon squiggle all over the audible construction paper was embodied by the first full length featured on Harmonious Discord called “Sifting through Circuits”. Despite his concentrated efforts to become rich and famous and completely sell out Sean will most likely continue to deliver norm shattering niche releases on some of the industries silent monsters. 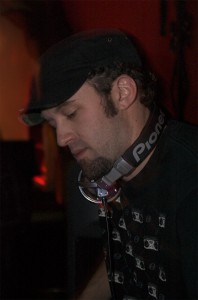 Music has and will always be the driving passion in life for Jeffrey Evan. His journey began at a young age when he first picked up his father’s guitar. Finding influence in the pop and rock songs on the radio, he quickly learned how to play sounds that inspired him and affected the soul. At the age of 17, Jeffrey Evan first heard Crystal Method’s “Vegas” and it was at that point his life would forever shift to electronic music.

In order to fully understand and respect this interesting new music, Jeffrey Evan found it necessary to completely saturate himself with the sounds of trance, breakbeat, house, downtempo or anything of the like. An addiction to the exciting new sounds in his life had spawned the beginnings of a serious music collection, and at the age of 20 he was first introduced to dj-ing. Starting out with old Denon CD decks and quickly graduating to the turntable, Jeffrey Evan learned the essentials of beat matching. Just one year later he would collaborate with a friend to produce his first single – a remix of Men at Work’s “Down Under. Receiving major praise and heavy rotation locally, Jeffrey Evan got his first taste of the joys of music production. The next 4 years were spent playing at local clubs and throwing house parties in his hometown of Flagstaff, Arizona.

Jeffrey Evan realized his musical dreams were quickly outgrowing the small, northern Arizona town, so in 2005 he made the move to Dallas, Texas. Two years later he began a torrid love affair with digital audio workstation Ableton, and shortly thereafter he began attending Berkeley’s online College of Music. Having seasoned his ears to the many genres and sounds of electronic music, Jeffrey Evan constantly found himself returning to and being fascinated by the relaxing melodies of chill and downtempo. His tracks took the listener on a journey like no other, and painted the most beautiful pictures in the listener’s mind. This fascination with downtempo soon expanded, and Jeffrey Evan began immersing himself in the uptempo sounds of drum ‘n’ bass. Here he found a natural sense of comfort, and it was evident to all that this particular genre beckoned (commanded) more of his attention. His combined passion for downtempo and drum ‘n’ bass expressions quickly gained notoriety, and soon Jeff’s tracks were being featured on podcasts all across the world.

Jeffrey Evan’s passion for music, combined with his never-ending quest for new sounds, makes him one of the most promising, up-and-coming producers of our generation. He is definitely not one to be missed. 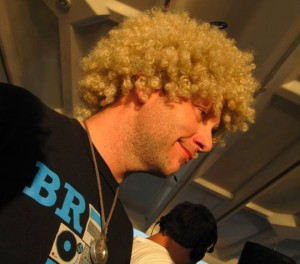 John Walker aka “Turn@round” has been a staple in the world of electronic dance music for over 15 years. As a DJ, his achievements are nothing short of notable. As a catalyst for his local scene, he’s churned out a plethora of unforgettable one-offs including ranch parties, packed out world-class clubs and arena-sized raves, all the way down to the heart-felt intimate weeklies. He’s headlined all across the USA and abroad. He’s shared the stage alongside a list of heavy hitters too long to mention. His sound mainly focuses on a blend of house and techno but his diversity can include everything from the headiest minimal to the most beautiful Balearic and Nu Disco tones.

Producing under a range of monikers, his original and remixed work has hit everything from vinyl to digital, television, radio and beyond. His works can be found on Juno, Beatport and Stompy, amongst other distribution outlets. He currently resides in the DFW area working on new material, and in his own words “I really feel like I’m just getting started.”